A pioneer of Structure-Based Drug Design and Molecular Interaction Fields 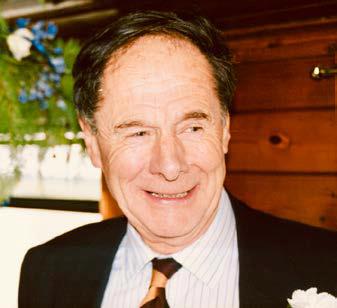 Peter Goodford was preparing a course of lectures on “Blood” for medical students at the Royal London Hospital in 1965, when he learned how Max Perutz in Cambridge was using X-ray crystallography to determine the structure of the haemoglobin tetramer (Hb4). He thought that macromolecular structures like Perutz’s Hb4 could possibly be used as scaffolds to design novel therapeutic agents, but he very soon realised that it might be difficult to examine such an unsubstantiated hypothesis in the clinical environment of a teaching hospital.

Goodford therefore moved to the pharmaceutical industry in 1967, and was appointed head of a new “Department of Biophysics and Biochemistry” at the Wellcome Research Laboratories near London. By the early 1970s he had convinced Wellcome’s research director, John Vane, that the scaffold hypothesis should be tested, and that Wellcome should establish a laboratory for the X-ray crystallography of proteins. Max Perutz in Cambridge; David Phillips in Oxford; Herman Watson in Bristol, and Tom Blundell at the University of Sussex all provided active support for this project, and Goodford recruited crystallographers (John Champness, Christopher Beddell, and David Stammers) from these academic groups.

During the 1980s Goodford retired from Wellcome, and went to live with his family in a village outside Oxford and used his savings to buy a small VAX VMS DEC computer for his study at home. Goodford did not believe that it was possible to “design” therapeutic agents. He reserved this word for cars, railway tunnels, knives, forks and anything whose ideal properties could be precisely and completely specified on paper before it was actually made. In his view it was not normally possible to synthesise novel drug molecules with precisely defined ideal properties, and he would sometimes emphasise this opinion by asking colleagues how they would design and synthesise a flat methane molecule.

In Goodford’s opinion suitable molecules for a specific therapeutic job could sometimes be “discovered”, and he thought that computational studies would be an aid in the discovery process. He believed that the findings could help with the generation of new concepts, and thus lead to the discovery of novel compounds for biological testing. He thought that computer programs should not simply deliver numbers (which might or might not be correct), but should promote new creative exploitable ideas in the mind of the user.

Goodford had this objective in mind when he devised his well-known GRID program as a tool for anyone studying a “Target” molecule of known structure (such as Hb4). GRID would draw the user’s attention to places on the Target where a particular atom or chemical group (known as the “Probe”) should interact favourably. Probes could be monatomic (e.g:- Carbonyl oxygen) or more complex (e.g:- a complete amide group CO.NH2) or conceptual (e.g:- The Hydrophobic Probe) , and the user had to decide which Probe or Probes he would like to study. He might for example select an aliphatic hydroxyl Probe if he wanted to synthesise sugar molecules, or a carboxyl Probe if he thought that acidic ligands would be appropriate for the chosen Target. However the use of GRID would more or less force him to think seriously about the structure and properties of both Target and Ligand.

The American scientist Yvonne Martin heard about GRID during the 1980s, and invited Goodford to install a copy of the program in her laboratory. This was the start of a collaboration during which Peter came to realise that many people world-wide might be interested in the GRID method. Before long the program had been ported to other hardware platforms, and there were GRID users on every continent. Peter became a frequent visitor at academic departments from Barcelona to Sydney; from Helsinki to San Diego, and at pharmaceutical companies from Cincinnati to Osaka; from Berlin to Melbourne. In 1989 an “International School of Crystallography” was organised by Peter at Erice, and a powerful Silicon Graphics computer was lugged up the second highest mountain in Sicily so that participants could try out the software for themselves. Installing that computer at that time, and getting it to work in such an isolated location, was a significant achievement for Silicon Graphics, and it is sobering to think that almost every participant could bring his own powerful notebook to the corresponding Erice school only twenty years later.

Goodford took the view that the success of a drug discovery project could only be judged by the number of new medicines which it spawned, and by the therapeutic success of those novel compounds in helping sick people in the real world. He was very excited when Glaxo used GRID in the discovery of their anti-flu drug Relenza, the first of few real drugs designed with his method. Peter himself continued devising novel GRID algorithms for more complex Probes and for more flexible Targets till the year 2006 with the help of young scientists expert in modern methods of drug discovery and coming from all over the world.

Other tributes to Peter Goodford